Fridays are the start of the weekend in Jordan. In Aqaba, a small city in the south of the country just north of Saudi Arabia and with views from its shores of nearby Egypt and Israel, families and friends gather on the beach for relaxing, swimming and snorkeling. There is plenty to see underwater, including swarms of goldfish with purple around their eyes, eels, balloon fish, octopus and a Russian army tank covered in coral. As the sun begins to set, a strong breeze keeps whitecaps on the water. A handful of men in short wetsuits walks into the sea in diving gear. Most women wear headscarves and clothing that cover their full bodies, standing in knee-high water fully dressed to snap photos with each other. At least one woman wears a burka in the sea that covers everything other than her eyes. We greet each other with “As-salaam Alaikum” (“Peace to you”) and “Kayfa Haluk” (“How are you?”).

A man from Amman sitting with his two-year old son and another young boy has carved out a tiny bed in the sand to heat coals for his apple-flavored sheesha. Every so often he uses small metal tongs to pick up a coal and place it on the water pipe. He works in accounting, has a brother in Chicago and and thinks he will move to America in about five years, inshallah (“God willing”). He pulls out his phone to show me his hunting photos–one of 20 or 30 dead birds laid in neat rows on the ground and another of a dead deer carcass in the back of a car with fresh blood streaming out of its neck. “Ohhh,” I say. I make an eating motion to ask if that’s what he does with them. He nods his head yes.

As it gets darker, I stand up to leave. I turn around and see a group of men near the shore all facing in one direction. Each bows down and then stands up to pray with his hands held one in another in front of his chest. 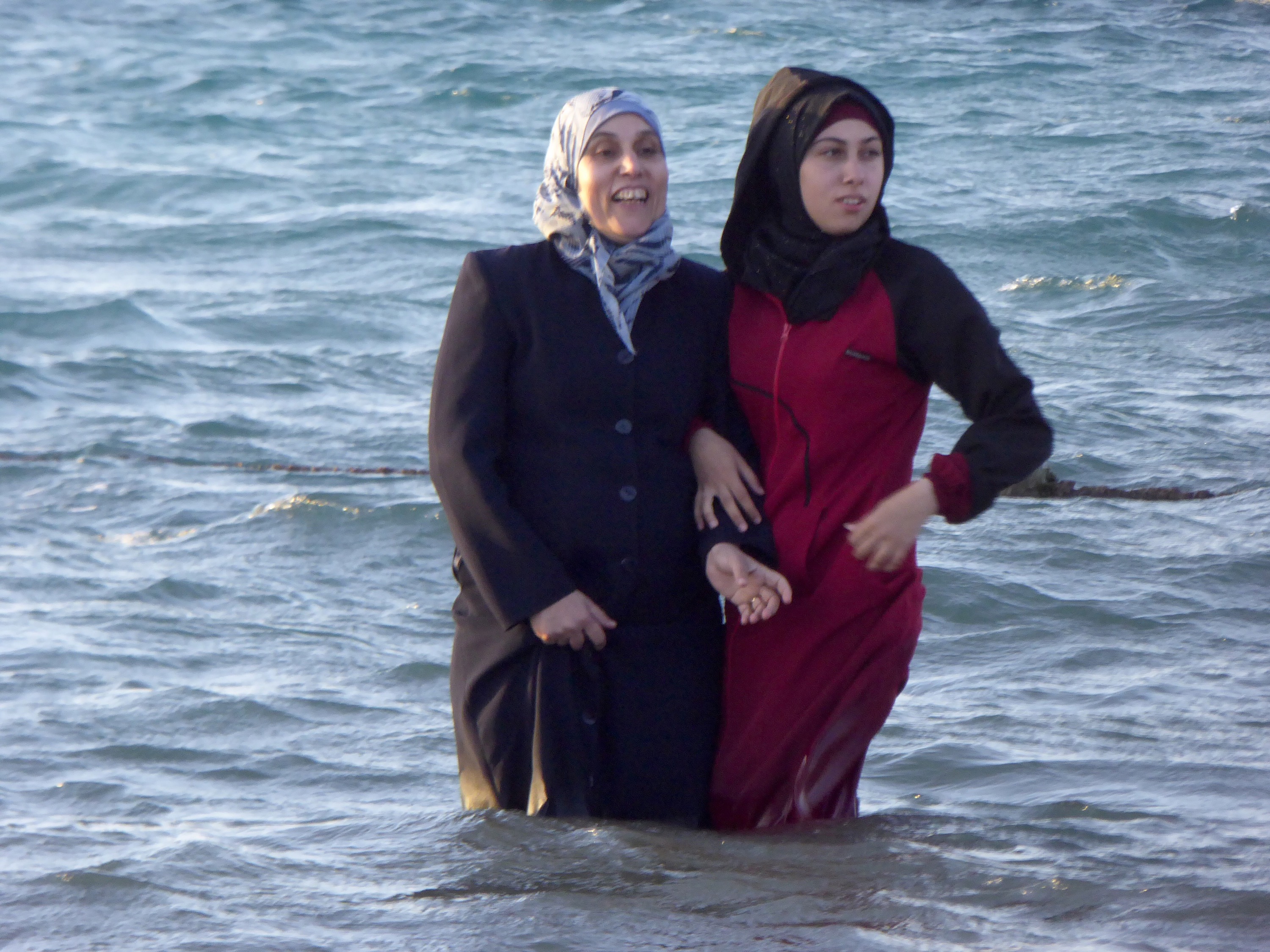 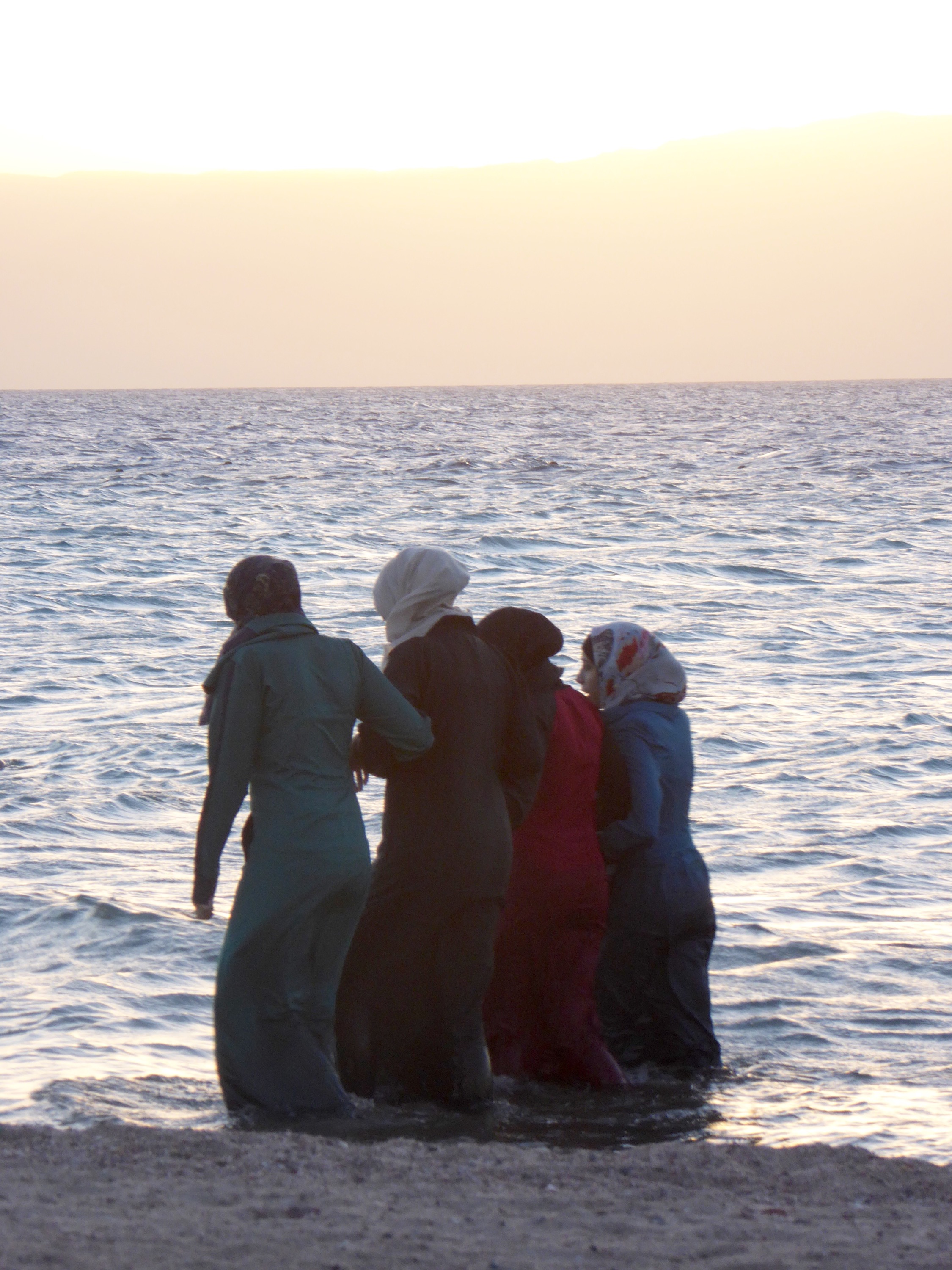 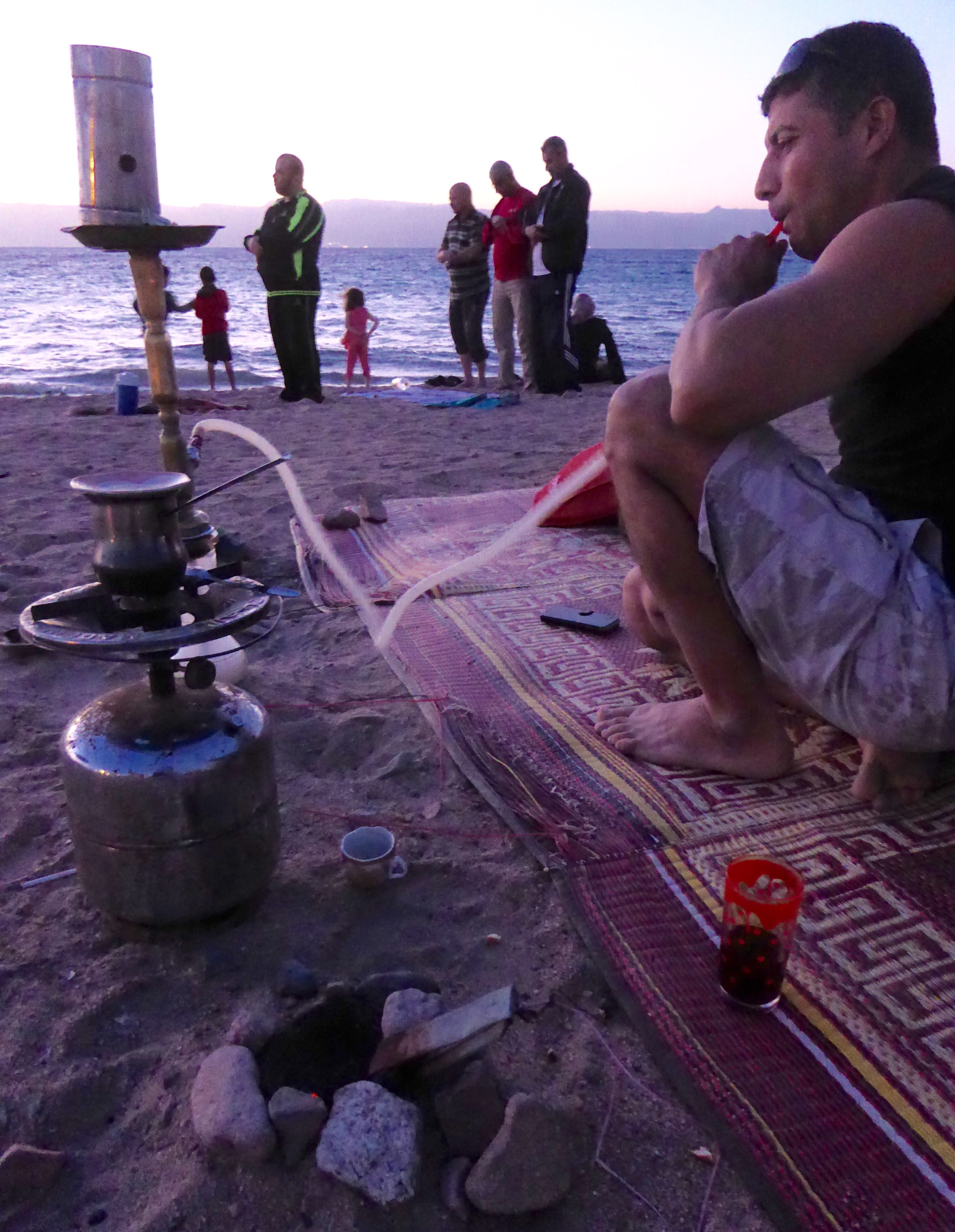 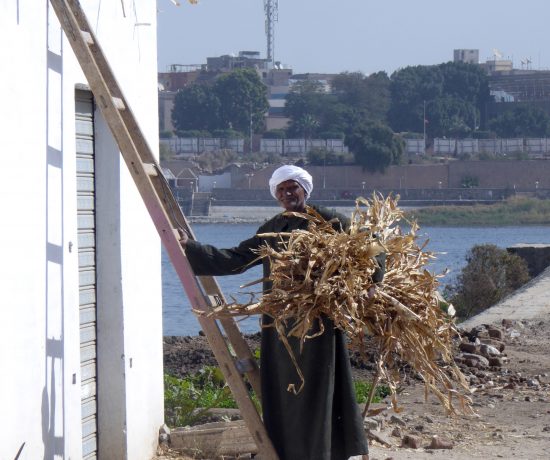 Glimpses of Regular Life Along the Tourist Trails of Egypt