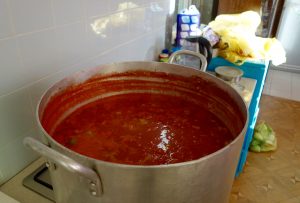 The scent of cooked tomatoes and spices wafted in the air. As I peered into the kitchen, I saw my host, Arevik, sitting at a table covered with glass jars and a bowl of cucumbers. Her mother wore an apron and tended to a large pot of tomato sauce on the stove. I had come to ask a question before leaving to explore Yerevan, but the colors and scents diverted my attention.

I guessed Arevik to be in her 30s. She wore glasses and had dark hair cut short on one side and long on the other. She explained that she and her mother were preparing food for the winter. 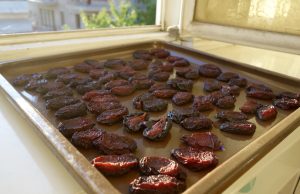 As they worked, her two small kids played on a bench in the kitchen. In the hallway, a baking sheet of wrinkled plums dried in sunlight that pored through an open window. A frying pan of sliced potatoes rested on a stand on the floor.

Every Armenian family cans food for the winter, Arevik said. Indeed, when I arrived in the town of Yeghegnadzor just over a week later, the family that ran the guest house where I stayed sat stewing their own stash of vegetables. While tomatoes might cost 150 AMD (.31 USD) in the summer, Arevik said, in the winter the price could leap to 2000 AMD (4.17 USD). Poverty and an unemployment rate of roughly 18 percent are among the biggest issues the country faces.

Arevik held out the bowl of cucumbers. Some were from Armenia, and some came from Russia. “The Armenian ones taste better,” she said. They had a bumpier texture and a deeper green color than the Russian cucumbers. She handed me one. It was crunchy, with a light and fresh-from-the-garden flavor. 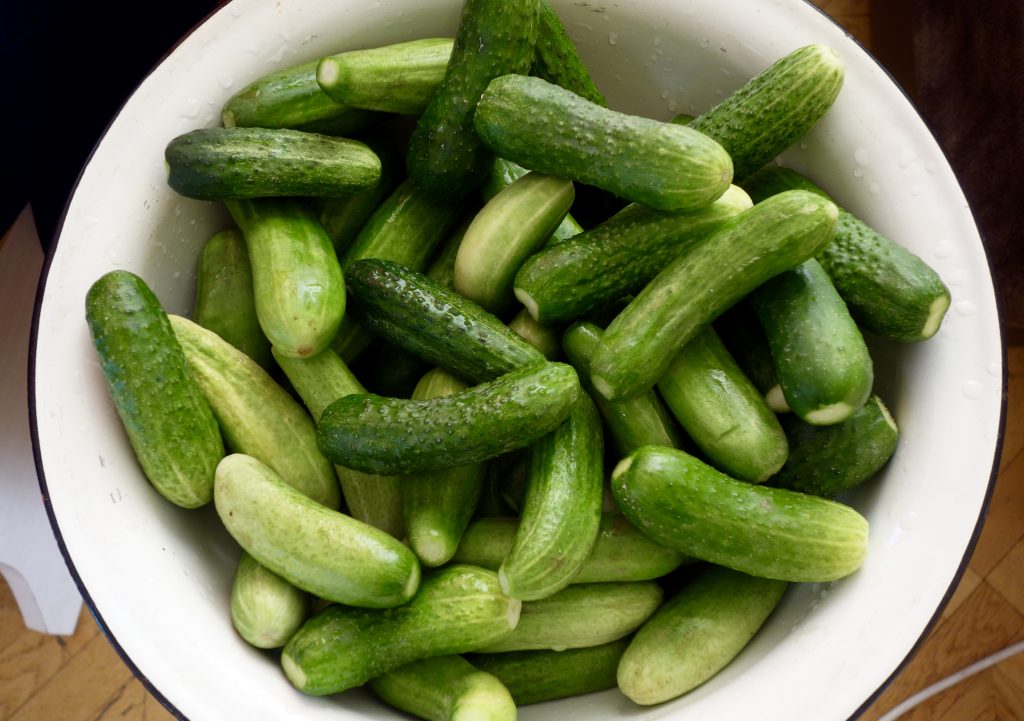 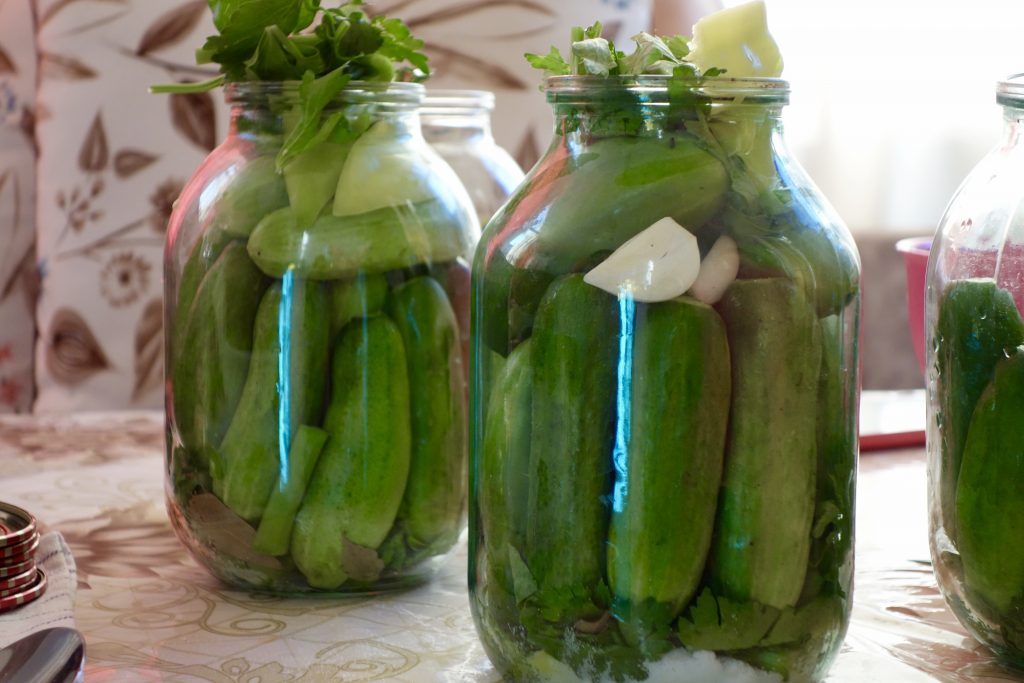 The cucumbers went into jars for pickling with garlic, vinegar and spices. Other foods had been prepared on other days. Arevik guided me to refrigerator drawers packed with bags of dried fruit, including golden apricots from trees in their backyard. At the end of the hallway jars of yellow peaches and cherries sat on the floor. And in an adjacent room were jars of  “drunken cherries” that held the fruit soaking in a mixture of sugar and vodka. 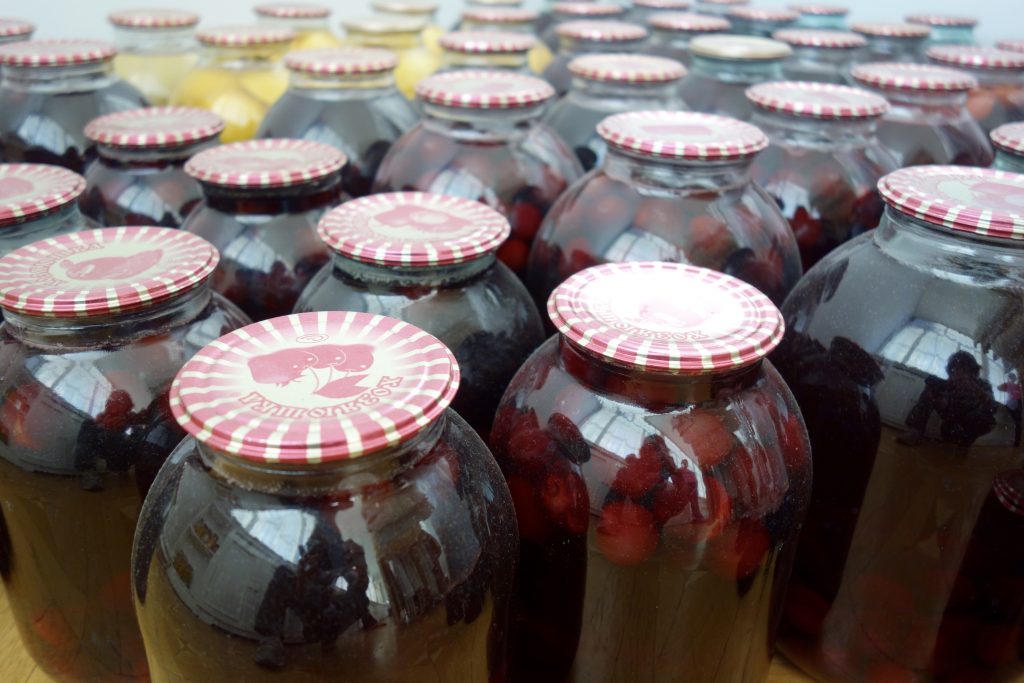 Armenia celebrated its 25th anniversary of independence in September. After the fall of the Soviet Union in 1991, Arevik said, Armenians stored all the food they would need for winter. Food was not so easily available then, nor was gas, water and electricity, which they got for only limited periods each day. Today, she said, they store only fruits and vegetables for the winter. She estimated she and her mother would make the food over a month’s time, working a day here and a day there.

My senses absorbed the rich colors, the scent of the tomato sauce, the rays of sunlight cast through the windows. By the calendar, we had just entered fall. Winter would arrive in a few months, bringing cold and snow–a time to gather and savor the warmth of home-cooked meals.

Do you make foods to store for the winter? What other traditions do you have to prepare for the season? 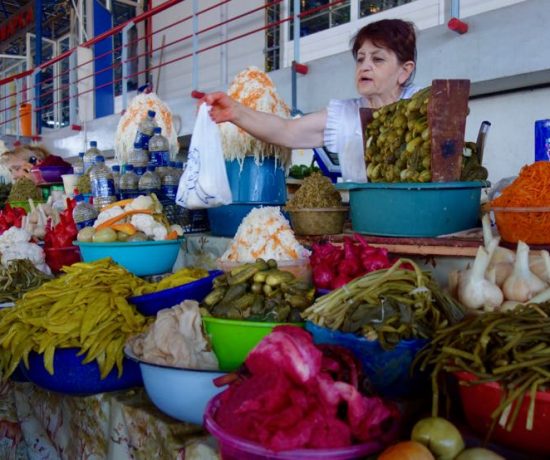