Accommodation was my biggest expense in Georgia, coming out at $961.75 in total, or $16.87 per day. Not surprisingly, the highest costs came in Tbilisi. Through Airbnb, I rented two apartments outside the city center. One cost $504 for one month. The other cost $299 for two and a half weeks. Airbnb prices seem to be higher than actual rents, so you may be able to find something cheaper by searching for an apartment on your own. Of course, you may also be able to find a cheaper rate by staying in a dorm at a hostel. 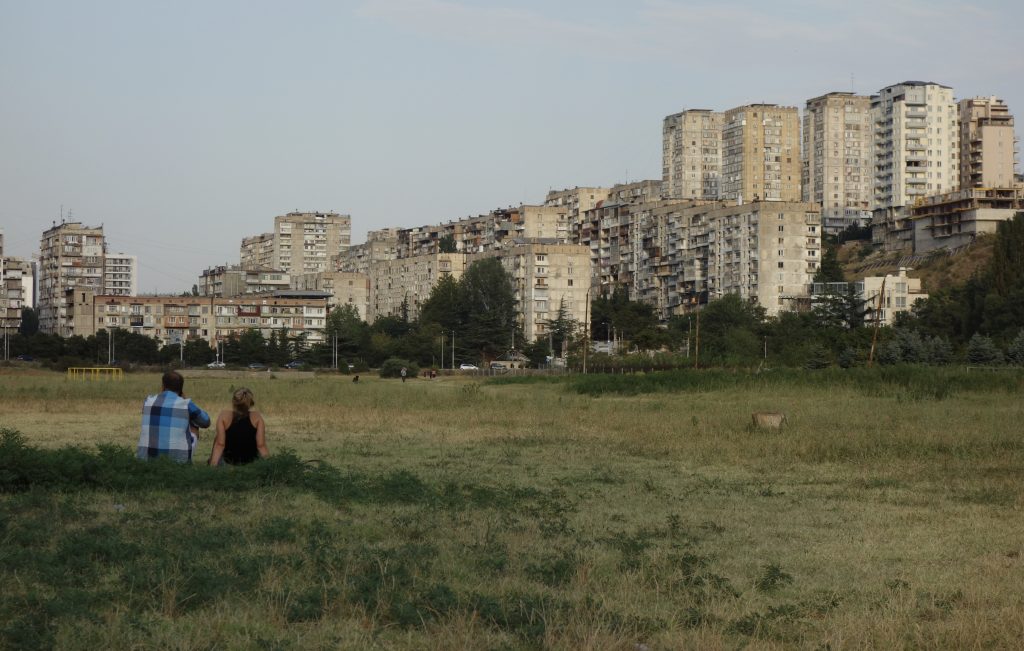 A park near one of my apartments in Tbilisi 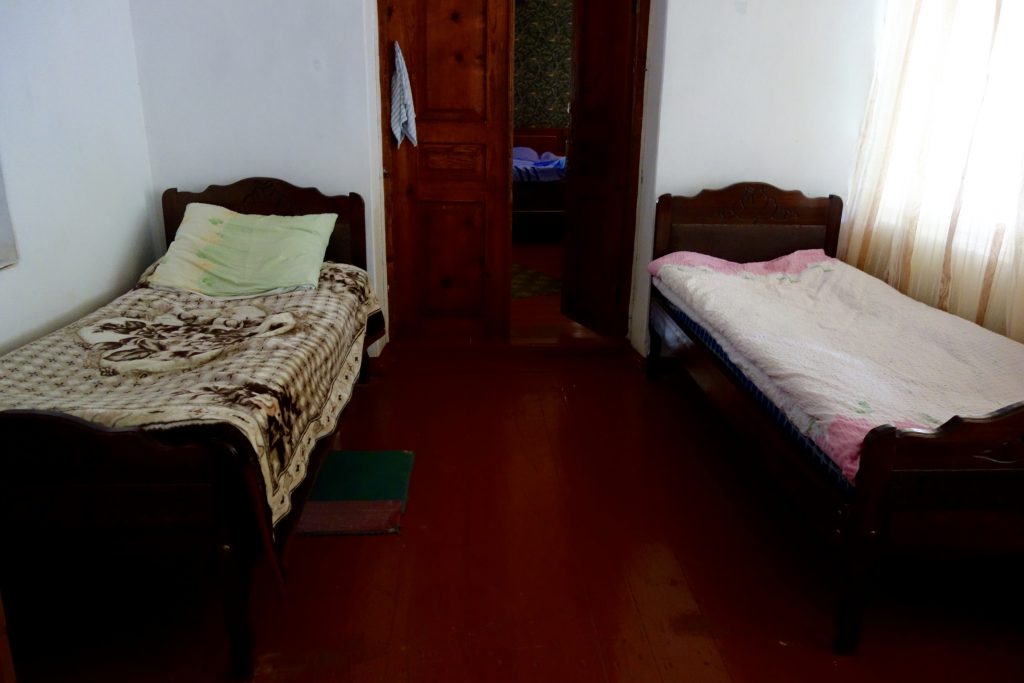 A homestay in the Svaneti region

Most days in Tbilisi I cooked breakfast and dinner at home and ate out at mid-range restaurants for lunch. On my side trips outside the city, I did not do any of my own cooking. The total of $612.17, or $10.55 per day, includes all groceries and restaurant meals, as well as the meals I ate at various homestays. I found when I ate out that I could spend as little as 1 or 2 GEL for a khachapuri up to 55 GEL for a starter and main dish at an expensive restaurant, which I splurged on twice. Please note that since I do not drink alcohol, that cost is not included here.

Tbilisi Flavor Notes: At the Ossetian restaurant Alani I had one of my best dishes in Tbilisi–a stew called chaqapuli made with veal, onion, tarragon and white wine. Cafe Littera had painfully slow service but a tender duck dish in its own juice and apple sauce. And I ate a heavy but tasty meat and potatoes lunch at Racha (a favorite for its simple atmosphere with more of a local feel), as well as a delicious pork chops and beets dish at Shavi Lomi. Last, you can get good khinkali or khachapuri in many places. If I had to pick a favorite, I would go to Pasanauri for khinkali and Alani for khachapuri. 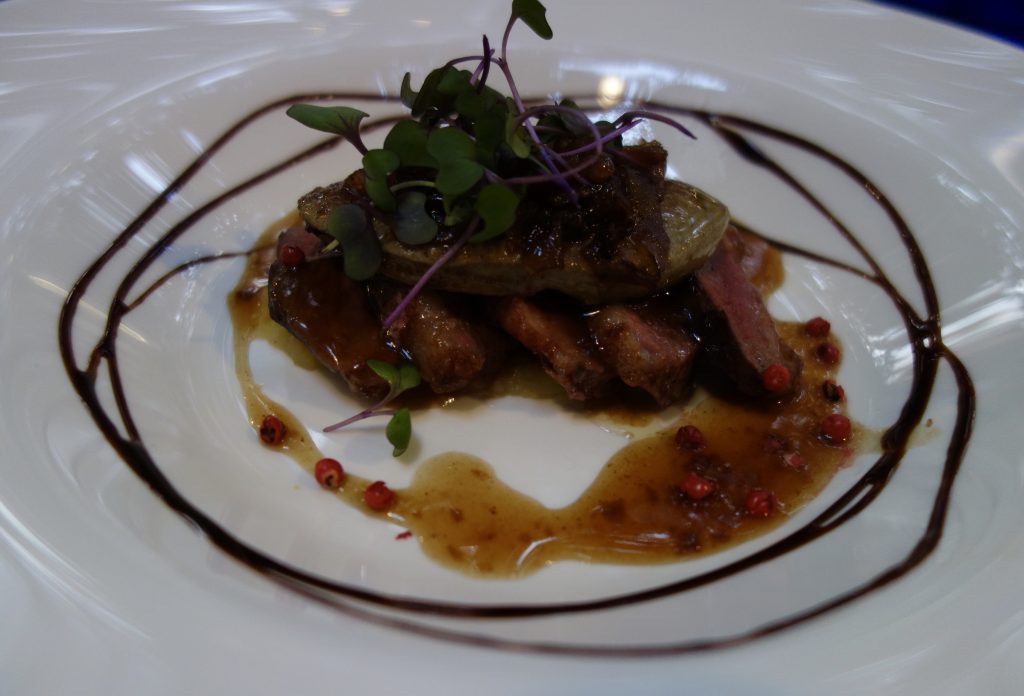 The duck entree at Cafe Littera, one of my splurges 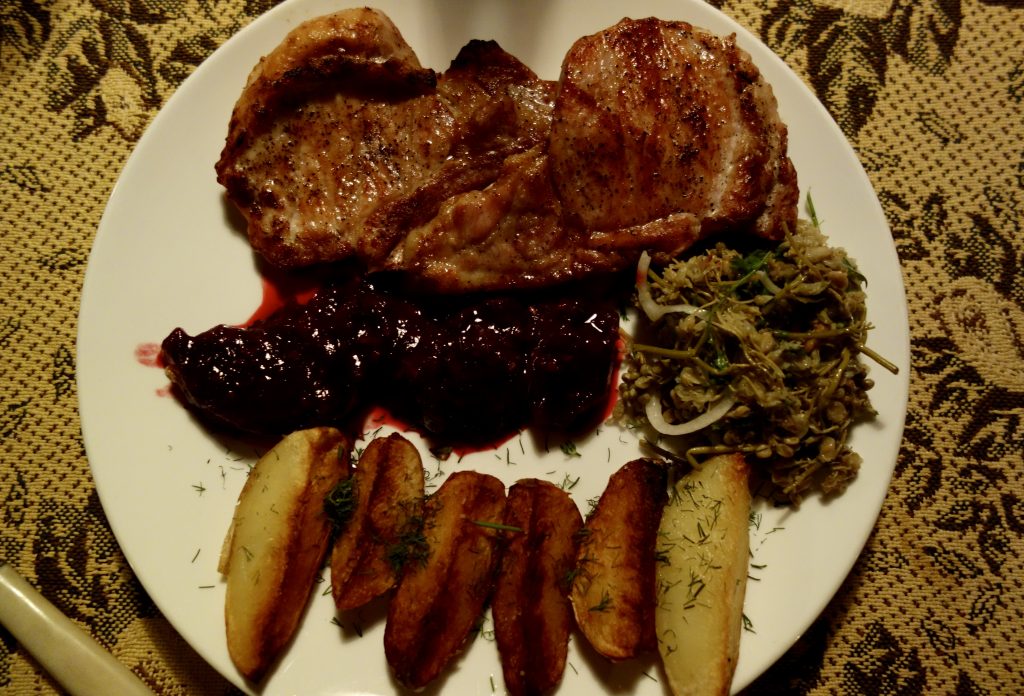 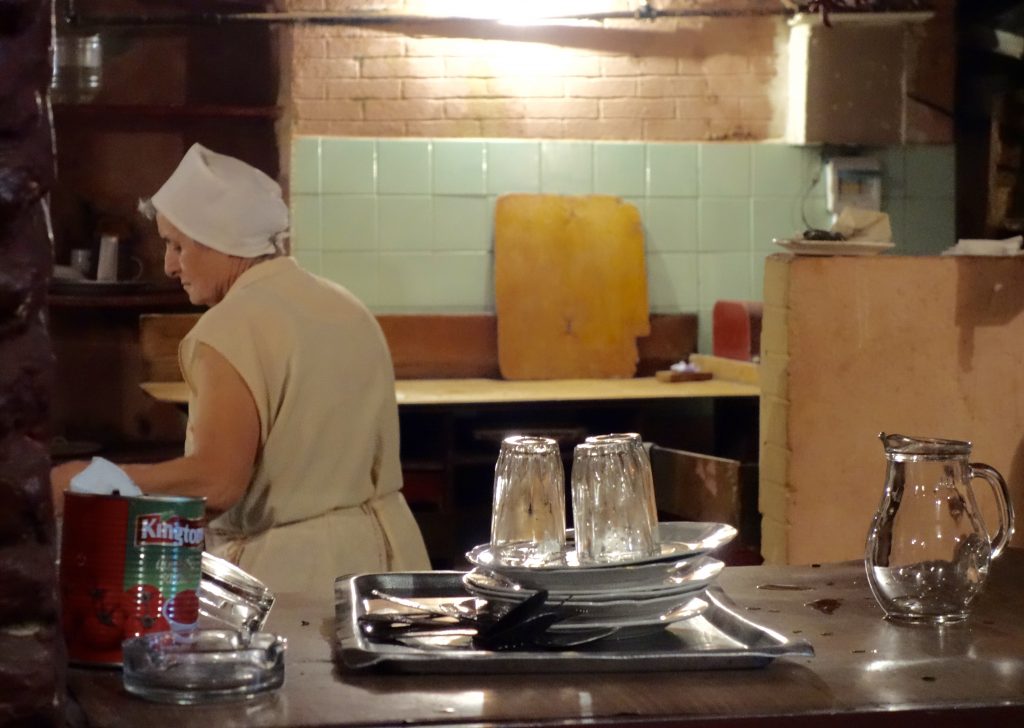 The open kitchen at Racha

I limited my use of taxis, but they are also fairly inexpensive. It cost me 5 GEL to take a taxi from my apartment in the Saburtalo area of Tbilisi into the city center. One day I took a marshrutka to Gori and then paid a taxi driver 45 GEL to take me to Uplistsikhe and Ateni Sioni Church (the driver waited for me in both spots and then brought me back to Gori). In total, I spent $147.44, or $2.54 per day, on transportation. 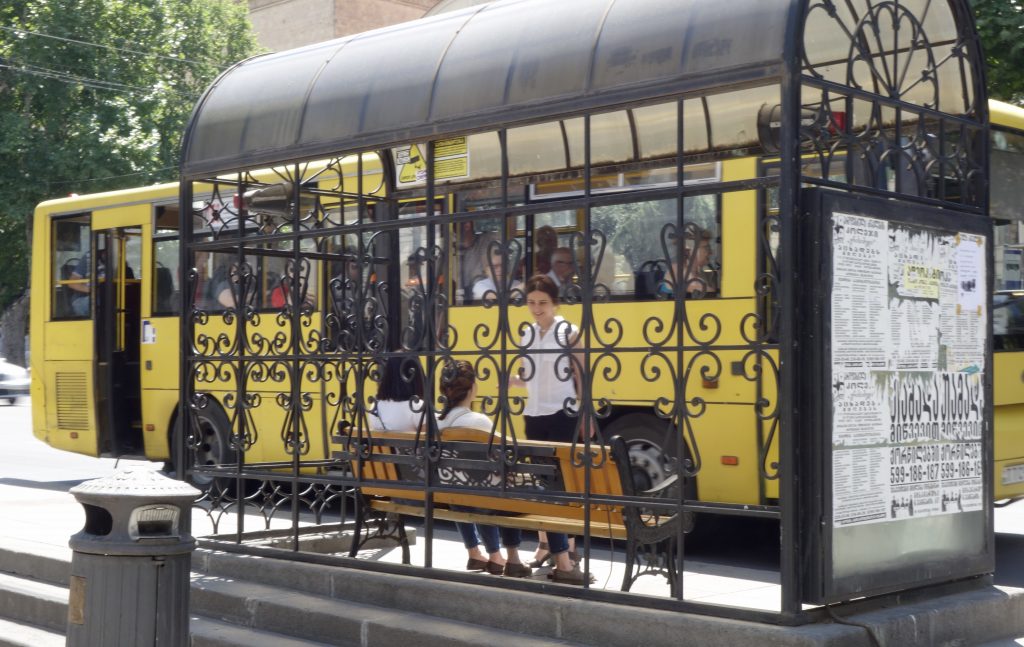 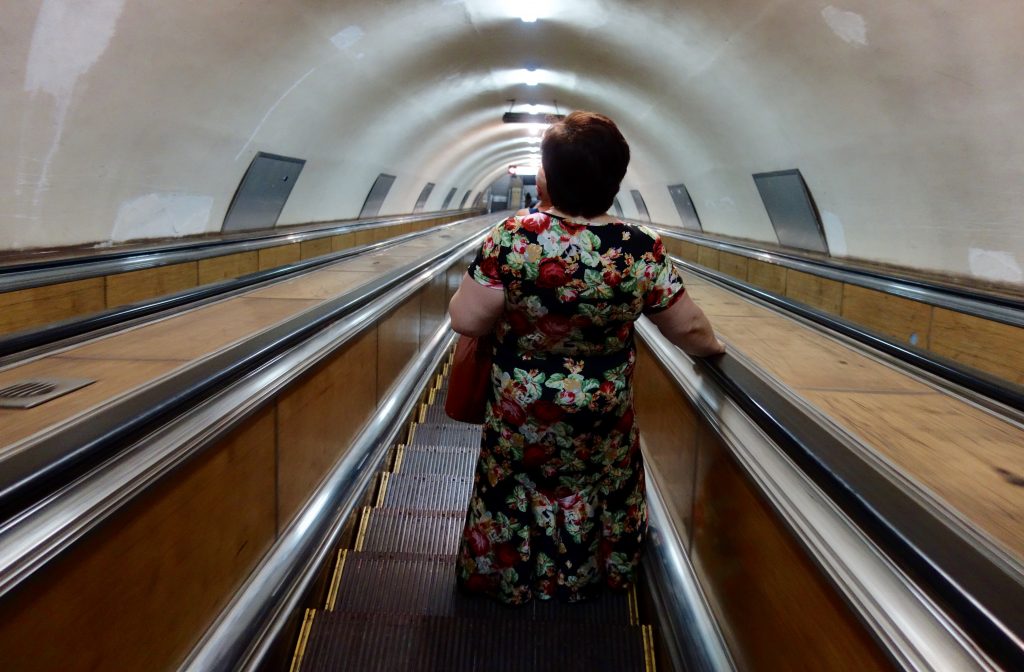 Descending a long escalator into the Tbilisi metro 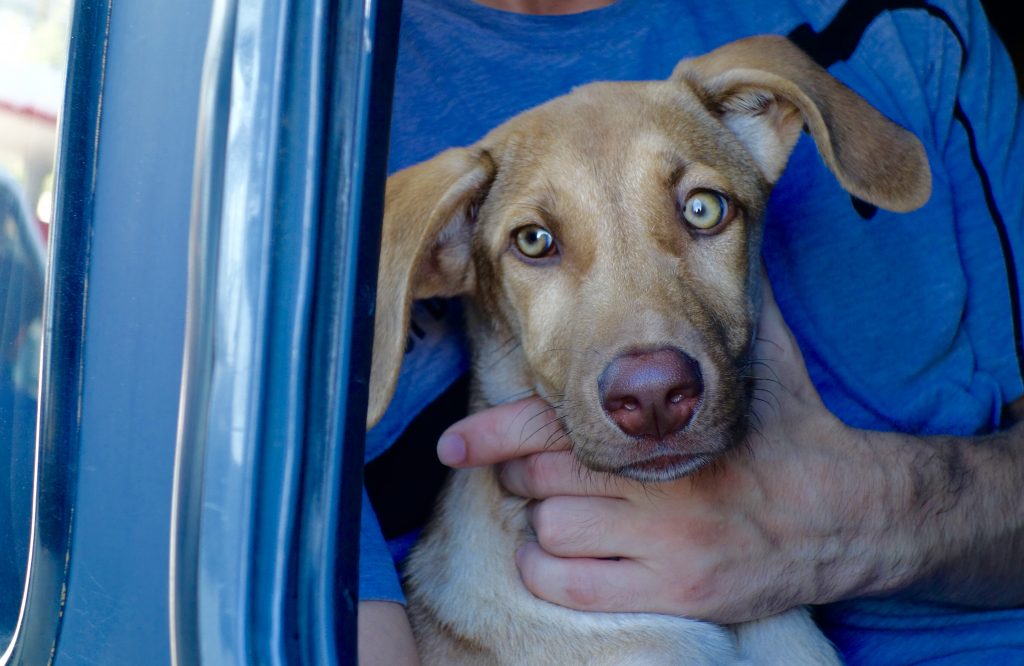 One of my travel companions on a marshrutka to Sighnaghi

At $98.80, this total is somewhat deceptive. Much of my “entertainment” involved trekking, which cost me only in terms of costs included elsewhere (transportation, accommodation and food). And there were many days in Tbilisi where I simply worked on my computer at home, which kept costs down.

The $1.70 per day total in this section includes costs such as museum entrances, a horse ride in Svaneti, an architectural tour of Tbilisi and some used books (Prospero’s is a good English-language book store in Tbilisi). For more detail on the specific costs of my side trips, see my posts on Sighnaghi, Svaneti and Kazbegi. 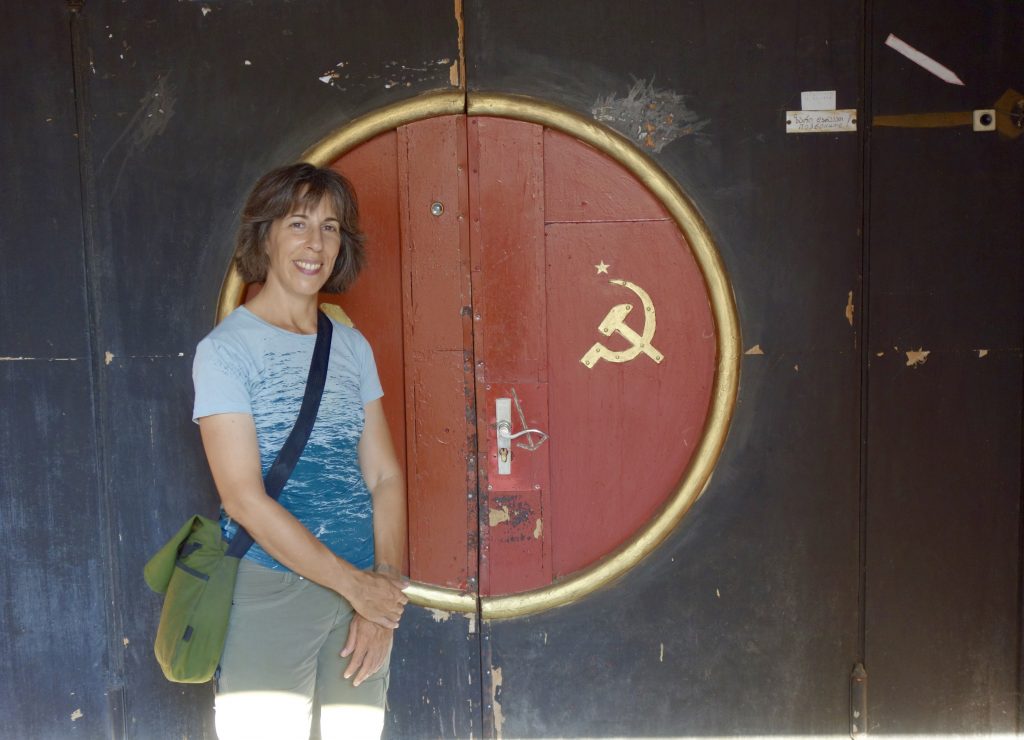 At the entrance to the Underground Printing Press Museum in Tbilisi–a fascinating piece of history with a tour from a warm and animated communist guide (7 Kaspi St.; donation requested) 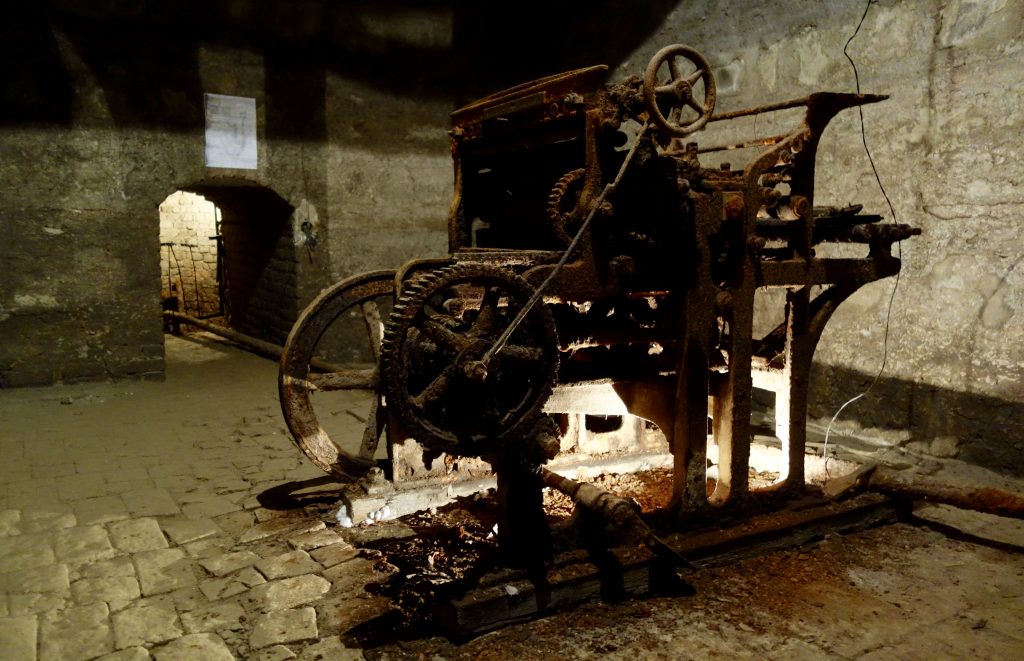 The printing press still in the basement of a building that is now part of the museum. The press was used here by Stalin in the early 20th century. 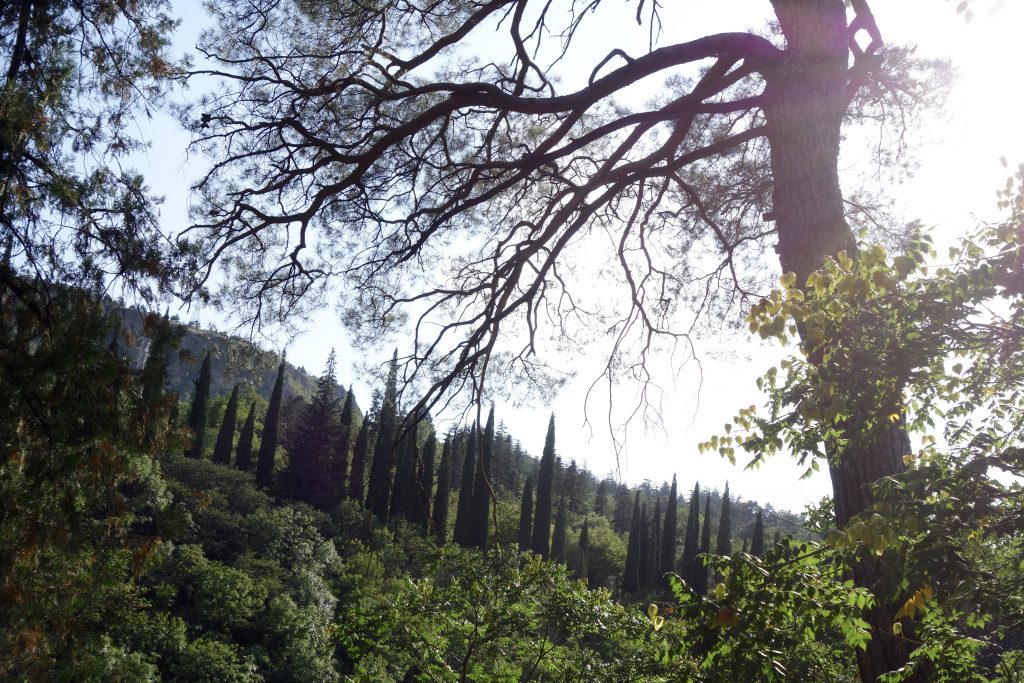 The botanical gardens in Tbilisi, a relaxing (and free) way to spend an afternoon

The random bits of spending here totaled $166.01. It includes a guide book, postcards and stamps, a dreadful haircut and several shopping runs at local pharmacies. In addition to the root canal, I had two minor medical issues while I was in Georgia. As for the root canal, I decided to leave out the cost of $175 since it would skew the total on a highly unusual expense.

That said, if you are considering long-term travel you should have at least some room in your budget for these kinds of unexpected events. While I certainly hope that you will stay completely healthy, I have had a few surprises, and I have met others who have as well. Make sure you have insurance (I use World Nomads) and set aside some extra for anything insurance might not cover. If that extra ends up being unnecessary, you can always use it for something fun at the end of your travels!

Have you visited Georgia? In what areas did you spend more or less? Do you have any tips to share with budget travelers? 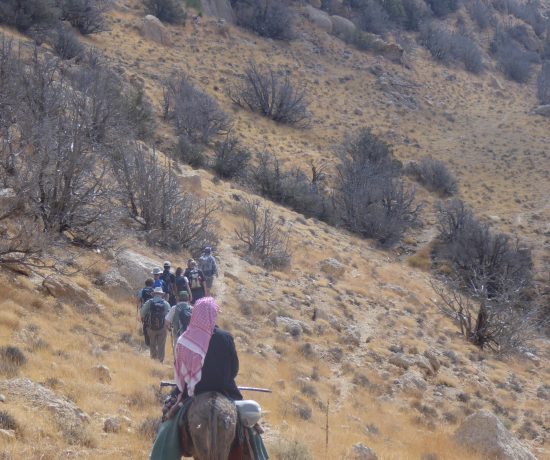 When it Rains, it Pours: Hiking from Dana to Petra 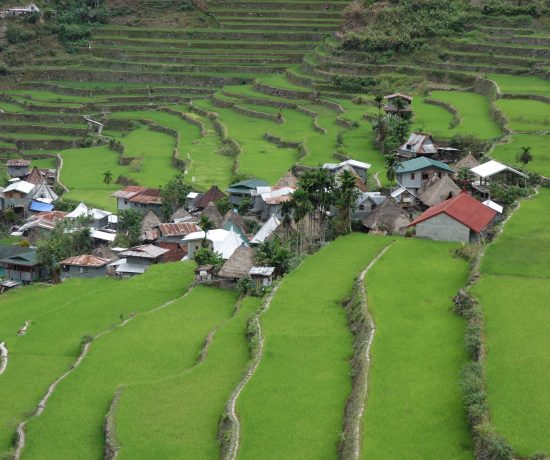