As a young girl I snuck into a movie theater to see a film that was set on a Greek Island. The story focused on a couple living on Santorini for the summer. Sunlight sparkled off the blue sea and white painted homes. As the young pair rode the island on their motorbike, you could feel the warm, dry air as it brushed against their skin. It was the first time I remember discovering a new place on film, and it made a deep imprint.

When I got a housesitting assignment outside of Athens, I knew I had to spend at least some time on one of the Greek Islands, even with my tight budget. After first overwhelming myself with choosing from among all the Greek Islands, I narrowed my search to the Cyclades, mostly to satisfy the visual I had carried from the film for so long. But Santorini’s crowds and Mykonos’ nightlife didn’t hold much appeal. Did they have a quieter cousin?

I scoured websites, asked friends with family in Greece, and finally settled on Naxos as my pick. Here’s what sold me on the largest and greenest of the Cyclades islands, along with some general travel tips: 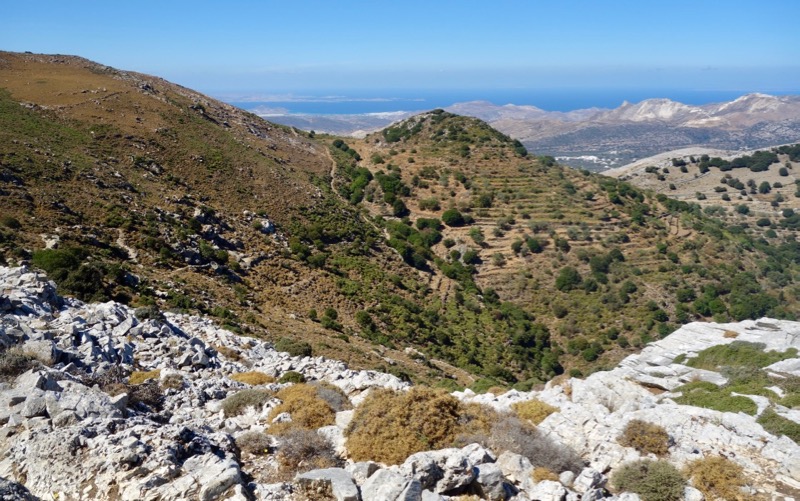 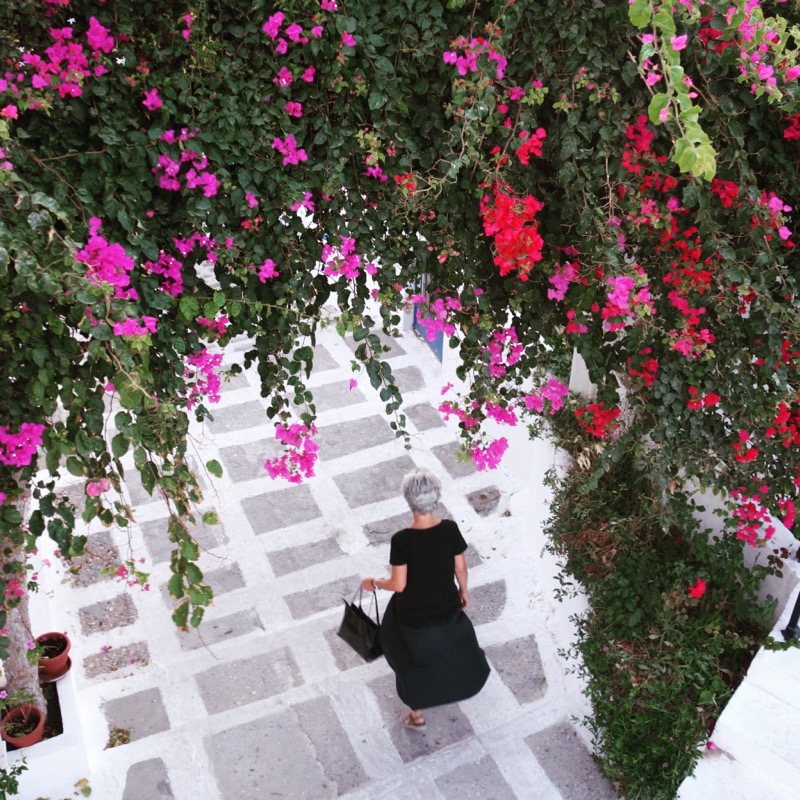 If I get back to the Greek Islands, Milos and Sifnos are still on my list, and I would enjoy exploring more of the trails on Naxos and possibly staying in one of the villages. Much farther away, I have heard good things about Lesvos. And I would definitely love to spend more time lounging on Koufonissi. 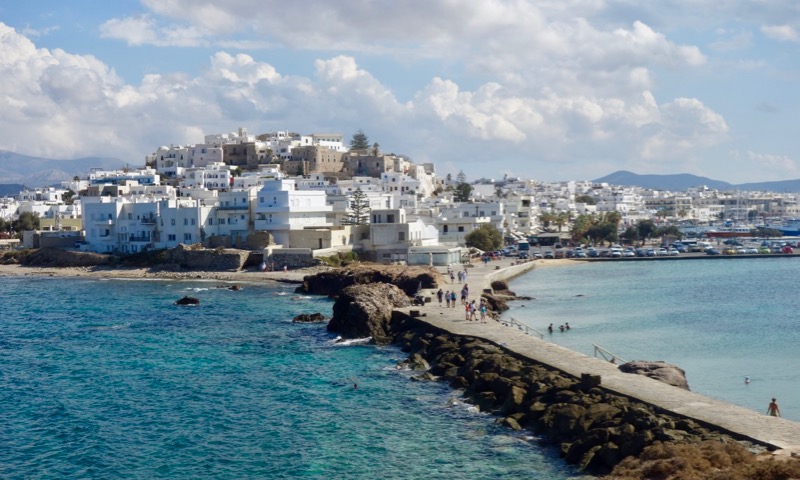 A view of Naxos near the port area 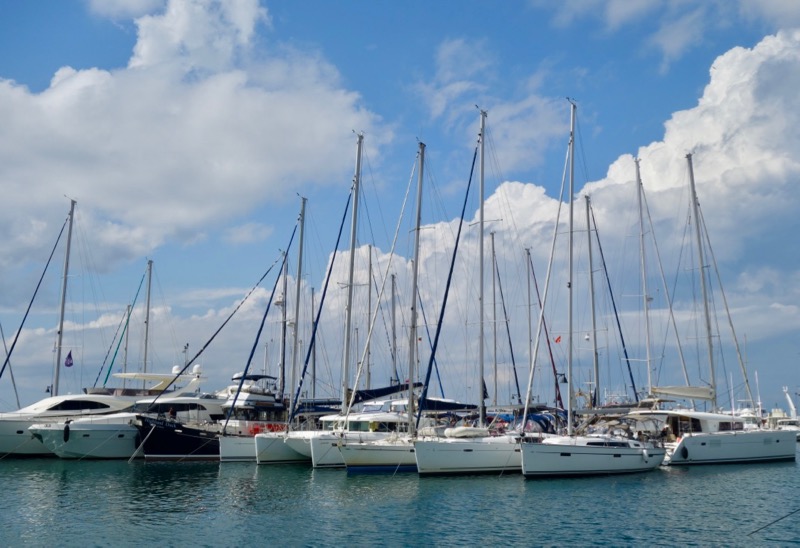 Getting Around: As I mentioned, you can use a simple bus system to get around the island. The fare varies depending on how far you are going. You will need to buy your tickets before boarding, and you can get them at the bus office at the port, as well as at several small grocers in town. Of course, if you can rent a car, that will give you greater flexibility.

Where I Stayed: I had a private room, bathroom, and kitchenette at Pension Irene. It was comfortable, quiet, clean, and had a sunrise view from a tiny balcony. The owner also offered a free pickup and drop-off at both the airport and the port. I paid 20€ ($24 USD)/night, which was an off-season price. 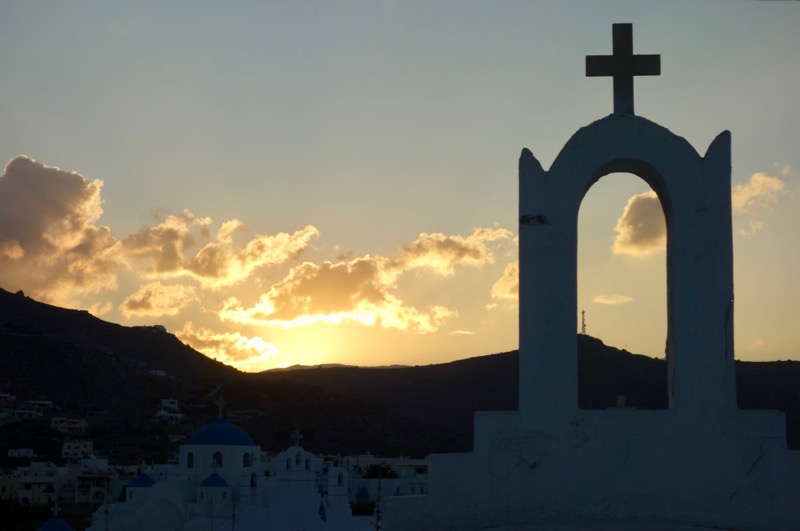 The sunrise view from my balcony at Pension Irene 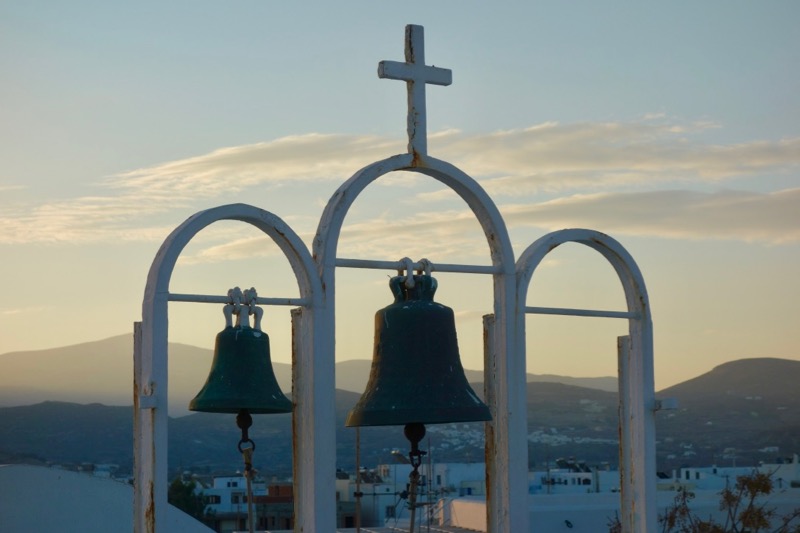 Where to Eat: My favorite meal was at a family-run taverna in Koronos called I Platsa. The food was delicious, the atmosphere peaceful, and the restaurant was run by a lovely mother and daughter. In Hora, I enjoyed the fresh fish at Ommos. I also ate several meals at Maro’s, near the town square, which offered good food, friendly hosts, and a mix of locals and tourists as guests. 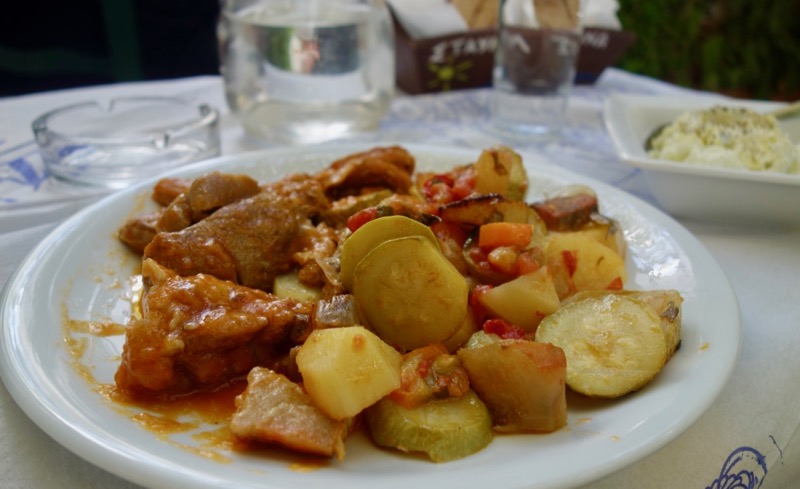 Lamb with vegetables at I Platsa 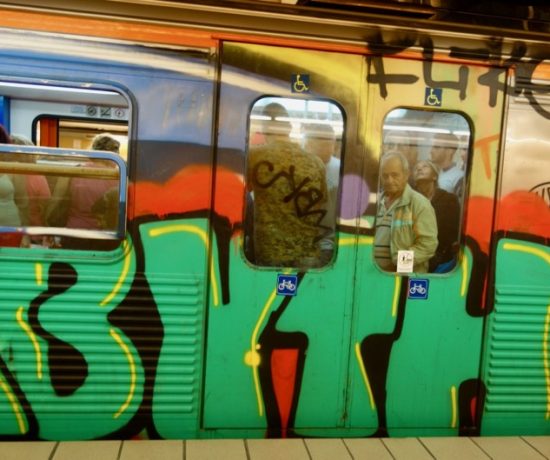